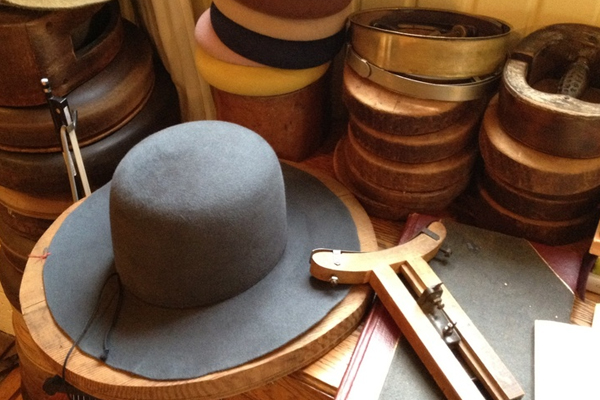 It will be hat season again before you know it.

And in the way of autumnal toppers, you’d be hard-pressed to find a more ideal specimen than this beaver-pelted fedora from Ovadia & Sons. Here’s what else you need to know.

The Story: Since the days of Daniel Boone, the beaver pelt has been coveted for its natural resistance against the elements—its waterproof properties made it especially good for headwear during the wetter months.

Who to Channel: Humphrey Bogart, if Casablanca had been set in the 1600s on the Hudson Bay; a GQ editor on the fall menswear show circuit in Europe.

When to Wear It: Now through winter’s end—should you be stepping out on a wet, snowy or unseasonably cold day.

Degree of Difficulty: Medium to high. Over the past half century, the hat has gone from a standard item of menswear to veering upon affectation. A suit, a tailored overcoat and a cocksure tilt should have you in the realm of the former.

Your moment of inspiration:

It has come to our attention that the prominence of jean shorts, henceforth referred to as “jorts,” has been increasing in recent months. In…