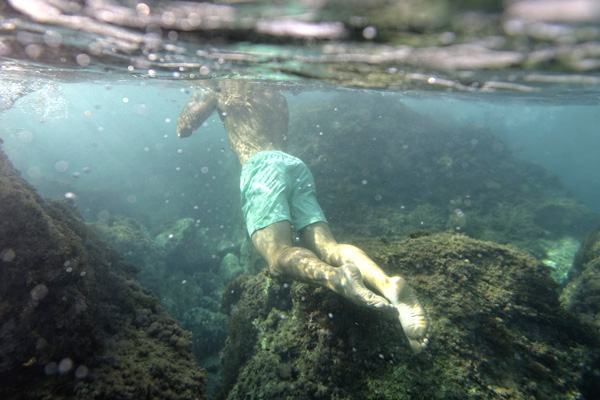 Kurt Arrigo is Malta’s most eminent and one of the world’s finest marine photographers. ­­­­ His illustrious and diverse career has seen him capture dramatic action at elite international sporting events, portray A-list Hollywood stars, swim with hammerhead sharks and undertake intrepid environmental projects from the Galapagos to the Himalayas.

Kurt’s career in professional sailing photography began when he was assigned to the 1992 America’s Cup. A rare flair for capturing and combining the intensity of the drama on the race course and the aesthetically pleasing aspects of the sport has enabled Kurt to pursue a career covering sailing across the globe. Kurt has been an official yachting photographer for over a decade providing iconic moments from international classics like the Rolex Sydney Hobart and the Rolex Fastnet from both the air and the water. In 2012, he was awarded the prestigious Yacht Racing Image of the Year, prevailing in a high-class international competition. His work has also been recognized at the prestigious 1995 Underwater World Championships of Photography held in the Red Sea, and in the Communications Arts Photography Annual 1997.

Malta is an archipelago in the central Mediterranean, situated 80 km south of the Italian island of Sicily across the Malta Channel. Only the three largest islands – Malta, Gozo and Comino – are inhabited. The smaller islands are uninhabited. The islands of the archipelago lie on the Malta plateau, a shallow shelf formed from the high points of a land bridge between Sicily and North Africa that became isolated as sea levels rose after the last Ice Age.The archipelago is therefore situated in the zone between the Eurasian and African tectonic plates.

Numerous bays along the indented coastline of the islands provide good harbours. The landscape consists of low hills with terraced fields. The highest point in Malta is Ta’ Dmejrek, at 253 m, near Dingli. Although there are some small rivers at times of high rainfall, there are no permanent rivers or lakes on Malta. However, some watercourses have fresh water running all year round at Bahija near Ras ir-Raheb, at l-Imtahleb and San Martin, and at Lunzjata Valley in Gozo. Phytogeographically, Malta belongs to the Liguro-Tyrrhenian province of the Mediterranean Region withinthe Boreal Kingdom. According to the WWF, the territory of Malta belongs to the ecoregion of “Mediterranean Forests, Woodlands and Scrub”.

Berlin is a city bursting with creative inspiration. With affordable property rental rates, a thriving underground music scene and an abundance of “bright young things”,