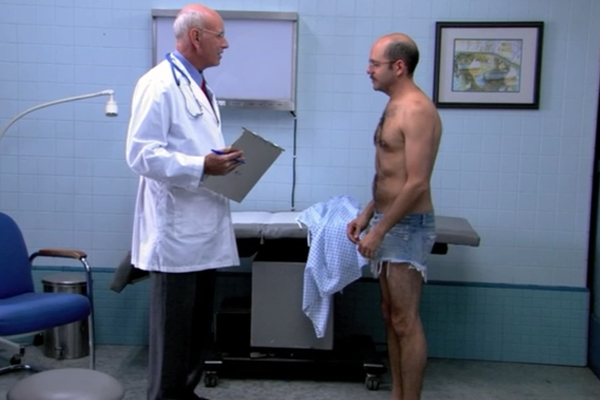 It has come to our attention that the prominence of jean shorts, henceforth referred to as “jorts,” has been increasing in recent months. In fact, in June we even saw our friends over at GQ endorsing them. (Though not their shortened nomenclature.) And suffice it to say, we’re more than a little concerned.

Knee-length denim is not a notion to be taken lightly.

Now, this isn’t the first time such a sartorial dilemma has given us pause. (See:mandals.) It’s certainly not going to be the last, either. But, as in the past, we’d rather not outright condemn such risk taking. No, instead we’d rather just give you some qualifications to consider before you go cutting that pair of pre-distressed Levi’s at the knee and calling it a day.

Herewith, we present you with this visual guide to the five times “jorts” are beyond a shadow of a doubt acceptable…

1. You are a member of the cast of Stand by Me.

2. You are playing beach volleyball with Iceman and Slider, á la Top Gun.

3. You’re featured in the top two songs on the Billboard Hot 100.

4. You or your best friend has recently river-rafted for a prolonged period of time with a former slave.

5. You are a lady, and the aforementioned jorts would more aptly be referred to as “Daisy Dukes.”

The Hunt for Bed Oktober

You already know where you’re drinking at Oktoberfest. At least roughly: upon tables; within cavernous beer halls; wedged between various associates you’ll refer to…