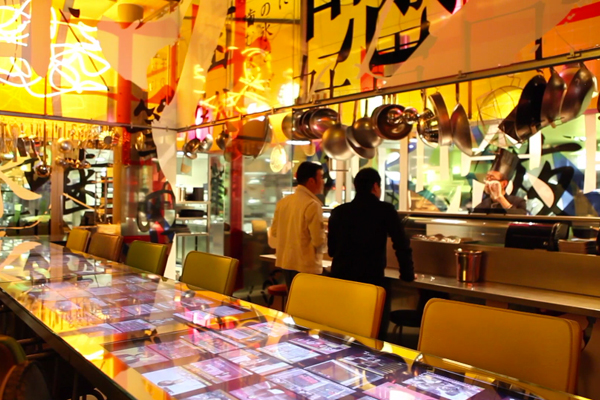 Miss Ko is one of the most stylish new places in Paris. Asian, European and American styles mixed together in a new fusion hipster-temple designed by Philippe Starck and created by Claude Louzon.

Though an industrial designer rather than an artist Philippe Starck makes the cut here for this recently opened restaurant.

Charged with its interiors design, Starck has taken a highly conceptual approach that might be dubbed otherwordly Oriental, employing work from several contemporary artists to conjure up the establishment’s tattoo-covered (and entirely fictitious ) figurehead, Miss Kö. Among the highlights of this rather disorienting space is a table covered in a giant video screen that loops animation of a dragon, along with a huge inflatable teapot suspended above diner’s heads.

From the dark sands of Colombia to the easternmost tip of Australia, look beyond the typical warm-weather and visit one of these…